The pain continues (Hoi An, VN)

For those of you who have said to me, “So these are vacation photos!” let me reassure you that after what I went through in this past week to eke-out a living has been no walk in the park. As you know I got terribly sick last week. And although I feel like I managed to pull off a few images from Ha Long Bay, they were not the images I wanted. I had hoped for a nice sunrise shot and so I got up at 5 in the morning to do so; and was faced with no sun whatsoever. It was overcast and cloudy the entire morning. The images I did manage to get came from about 15 minutes when the sun did showed it’s face for me.

So on Monday I flew to the historical city of Hoi An. I had only started to regain my appetite and health when I took that flight. The next morning I was again up early to see if I could catch the sunrise at an ancient Cham site which was a 1 hour drive away. When we arrived it was still dark. Then it started to rain. Below is the first image I was able to take when there was enough light – not pretty huh? 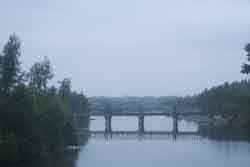 As I was sitting there waiting for the clouds to clear I said to myself “buckle up and get to work”. Luckily I’m traveling with 2 people who were wiling to hold an umbrella over me while I took photos so that my gear would stay dry. We hiked around in the rain and mud for about 2 hours as I looked for photo opportunities. This is what I was able to get: 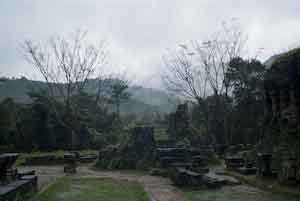 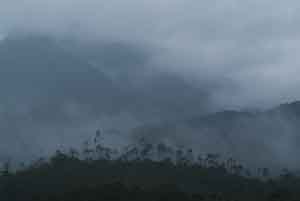 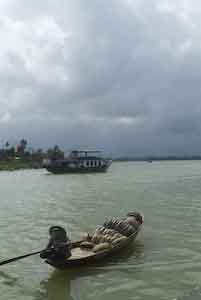 In the end we were glad we were the first ones on site even though there was no sunrise; by the time we were finished the skies opened up and it POURED! (more images of Hoi An will be posted when I get home)